No other area is developing as intensively as the mobile app market. In the second quarter of 2020, the total volume of downloads from the AppStore and Google Play reached 38,000,000,000. Of these, 9.1 billion downloads came from the AppStore, the rest – Android. Download volumes grew by 32% compared to 2019, and a decline in this dynamic is not expected in the coming years. FlexReality offers to order the development of a program for the platform on which you plan to develop your business.

We work in three key areas:

Formed on the basis of four factors:

In each case, the price is discussed individually with the client. The client voices his vision of the finished project, while the guys from our team draw up the terms of reference for the rest of the specialists. During negotiations, we also stipulate terms and draw up an estimate that includes all possible costs, so that you clearly understand where and in what volumes resources are being spent.

FlexReality mobile development studio has been operating since 2016, our website has already collected a solid portfolio of projects that we are proud of:

For more examples, see the corresponding section. We are ready to take on the development of a mobile application for real estate, medicine, education, entertainment, business.

Applications for business tasks are created according to the following scenario:

Adjustments are possible at all stages – the client’s wishes will be taken into account and implemented during development.

We will not spray about the individual approach, customer focus and other trivial clichés. This is all by default, and it would be naive to present this as an advantage. The advantage of mobile applications in the field of business that we develop is specific numbers and results, expressed by positive dynamics of user growth and sales. FlexReality cases are much more convincing than empty words.

Leave a request on the site. We will arrange a meeting and discuss the nuances. From us cookies, from you – a detailed description of the future project. 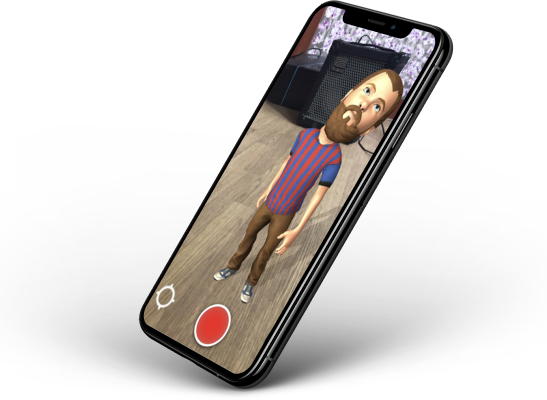 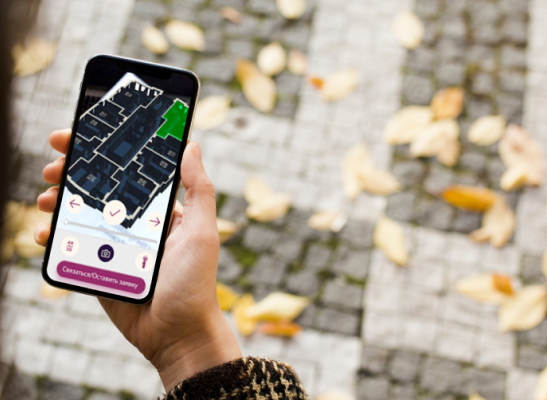 Services of WEB-developers are a little cheaper than hiring specialists in the development of mobile applications, therefore, on average, the cost of creating a website will be lower. A mobile application often has to be made multiplatform, that is, it must be adapted for iOS, Android, and sometimes for Windows. In addition, the finished site does not require an additional hybrid structure or channels, and without this it can perfectly provide the user with the necessary information. All this requires additional costs during creation, but, as practice shows, mobile applications are still more in demand.

02 What applications are there?

There are three types of applications: native, mobile WEB, and hybrid. The first ones are developed specifically for the iOS or Android platform and allow using additional device capabilities: GPS navigator, compass, etc. Mobile web apps are actually websites because they are built in HTML5 and run using a browser, but they look and feel exactly like apps. Hybrid is a symbiosis of native and WEB-applications, they can be downloaded through the Play Store or the App Store.

03 What are the benefits of mobile apps?

First, the number of mobile device users is constantly growing, which means a constant increase in the audience. Secondly, they are ideal for smartphones and tablets due to their adapted interface and easy navigation. Thirdly, mobile applications allow you to constantly maintain interest in a person with the help of a competent advertising strategy and push notifications. After all, the app can be used to conveniently monitor important business metrics such as conversion tracking, ecommerce statistics, total revenue, and more.

04 Why is a mobile application better than a website?

The mobile application allows you to work with clients without intermediaries, conduct an advertising campaign and communicate, offering lucrative offers to stir up interest. It can help you track important business statistics, track sales, find out how many real customers you have, etc. Also, the mobile application provides secure access to corporate data. It’s kind of a separate ecosystem where there is only you and the users.